Herzog sworn in as Israel's president 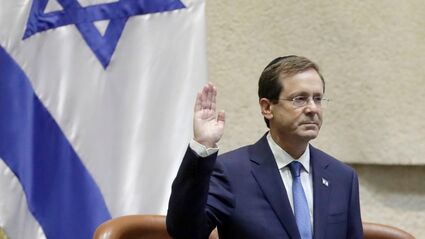 (JNS) — Former Labor Party leader and Jewish Agency chairman Isaac Herzog was sworn in as Israel’s 11th president on Wednesday, saying he would work to repair divisions within Israeli society.

The ceremony took place at the Knesset in Jerusalem and marked the end of Reuven Rivlin’s seven-year term.

The 60-year-old son of the sixth president of Israel, Chaim Herzog, also served as the country’s ambassador to the United Nations.

He was sworn in using the same 107-year-old Torah that his father used, which has long been in the family.

In his inauguration speech, Herzog pronounced that...