Jewish History in Film: 'Munich' - a mediation on the cycle of violence 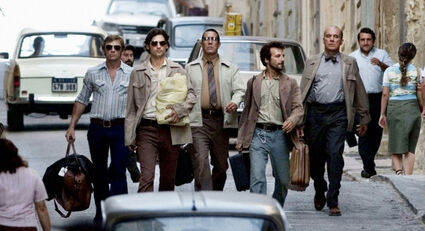 The team of men who sought out the Munich terrorists in the film "Munich."

It was just 36 years before the Munich Olympics in 1972 when Hitler used the event as a means to push Nazi propaganda onto the world. It was now Germany's moment to show the world how much they changed, they even called it "The Olympics of Peace & Joy." They needed to show as little military as possible in order to showcase how peaceful they had become, and this meant a significant lack of security.

It had not been 27 years since the horrific events of the Holocaust, which made the Israeli presence quite significant. Many of those athletes had lost relatives in the Holocaust and the loc...