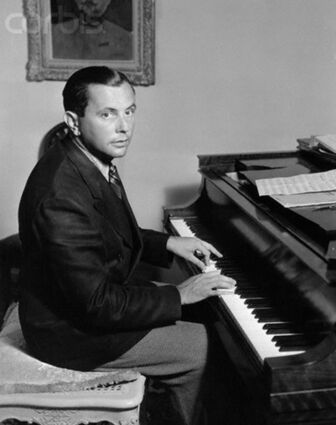 This is sooo personal ...

It actually hurts to write about, but I will. I refer to the beautiful love song, "Our Love is Here to Stay." There is a very interesting story connected to this song. First, let me write the verse for you: "The more I read the papers, the less I comprehend, the world and all its capers, and how it all will end. Nothing seems to be lasting, but that isn't our affair. We've got something permanent, I mean in the way we care ..."

This verse was written by well-known (and Jewish) Vernon Duke, a renowned composer and lyricist. His real name was Vladimir Dukelsky, born in Russia. He was a very dear friend of George Gershwin (who, with his brother Ira, was born at 242 Snediker Ave. in Brooklyn's Brownsville section) and that's what this is all about.

As you may know, George died in his 30s of a brain tumor in California. (I was only one year old when he past) However, George wrote the beautiful melody before his demise.

When he died, Vernon was heartsick and, of course, George's brother (and lyricist) Ira, was grief stricken.

(And I'm sure Ira's love for George was "here to stay" until, many years later when Ira died.)

I never knew that one of my favorite actors (and my heartthrob when I was young) was Jewish. (I bet many of you didn't know.)

I refer to Paul Newman, whose dad was Jewish and Paul preferred to grow up as a Jew and always considered himself Jewish, though his mom wasn't.

And once again, speaking of the Gershwins ...

On July 30th thru Aug. 22nd at the Winter Park Playhouse, 711 North Orange Ave. in Winter Park, the musical, "Crazy For Gershwin" will be performed.

Whatever you do, DO NOT MISS IT!

The phone number for tickets and other information is 407-645-0145. The email address is

"Stingy Jew! I'll gas you!" This is what Jewish students at Maimo's schools hear from their fellow students. Other students "heil" at them without anyone, neither teachers nor students interceding.

A new report from the city of Maimo, Sweden, titled "Schoolyard racism, conspiracy theories and exclusion: A report on anti-Semitism and the Jewish minority in Maimo's preschools, schools, high school and adult education describes an unsafe environment for Jewish students in Maimo's schools.

The author of the study, MIRJAM KATZIN, Maimo City's coordinator against anti-Semitism, relates that all the Jewish students interviewed experienced verbal or physical attacks of some kind. The report linked the Middle East conflict to clear expressions of anti-Semitism.

Anti-Semitism in Sweden society is metastasizing and masquerading in politics, criticism of religion or conspiracy myths. It poses a danger to Jews but also to society at large because alongside anti-Semitism come other prejudices, intolerances and undemocratic ideologies.

The emphasis on anti-Semitism in connection with the Middle East conflict demonstrates the importance of the Swedish government's adoption of the IHRA working definition of anti-Semitism and its 11 working examples in identifying and counteracting all forms of anti-Semitism. The definition is a particularly useful resource in distinguishing between legitimate criticism of the Israeli government and anti-Semitism directed at Jews.

Jewish students encounter anti-Semitic conspiracy myths in school, in their free time and on social media. All the Jewish students interviewed say that Jews stay away from certain Malmo schools due to safey concerns.

The Swedish National Council for Crime Prevention's study states that anti-Semitism occurs in broad strata of the population and cuts through different religions, secular groups, political persuasions and ideologies. Several interviewees point to an inability or unwillingness among teachers and administrators to handle expressions of anti-Semitism. Those staff members have chosen not to confront students who expose others to anti-Semitism and bullying, and instead urge the vulnerable students to tone down their Jewish identity.

In the report, teachers state that they lacked the knowledge and tools with which to counter anti-Semitism and conspiracy myths, as well as a desire to properly address the Israel-Palestinian conflict and conceded that anti-Semitism is something ignored because it is too inconvenient to address."

Looking for a fun, exciting and challenging opportunity? The Jewish Federation is hiring a new director of Family Engagement. Working closely with the Grinspoon Foundation, you will have the opportunity to expand the PJ Library through innovative, high-quality, and low barrier programs throughout Orlando.

Come together for a special Shabbat celebration at the JCC. It's time to get back to the warmth of seeing friends and family face to face to celebrate Shabbat in style.

Throw down a blanket and sing-in Shabbat with all your favorite ECLC, PJ Library and Camp families. Food will be available for pre-purchase, but you are also invited to bring your own kosher style picnic! After saying the blessings, and enjoying dinner, children are invited to change into their PJs for a special PJ Library story time. There is no better way to celebrate the start of Shabbat than "Under the Stars" at the JCC!

I returned to the Cracker Barrel in Altamonte Springs once again because of their delightful (no calorie) menu. 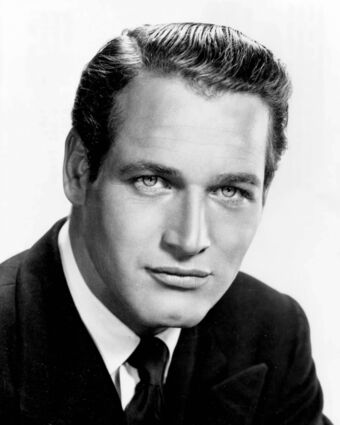 (If you believe that, you're as nutty as me!)

I had the privilege of being served by another of their delightful waitresses. Her name is DEBBIE SMITH, a cute, efficient, caring and FAST server! (Kudos to her!) I'm surely returning shortly ... it's better than my cooking!

A man walks into a bar and orders a beer. A monkey swings across the bar and kicks the cup, spilling his beer.

Enraged, the man asks the bartender whose monkey is that? The bartender tells him the monkey belongs to the piano player.

The upset man walks over to the pianist and asks him, "Do you know what your monkey did to my beer?"

The pianist answers, "No. But if you hum it I can play it!"