Survey: A quarter of U.S. Jews agree that Israel 'is an apartheid state' 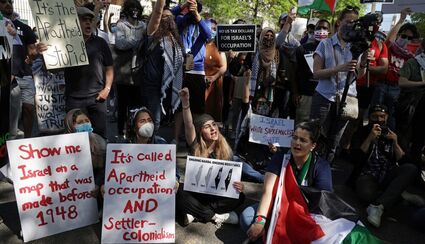 Activists protest Israel's military actions against Palestinians outside the Israeli Embassy in Washington, D.C., on May 18, 2021.

(JTA) - A survey of U.S. Jewish voters taken after the Israel-Gaza conflict finds that a sizable minority believe some of the harshest criticisms of Israel, including that it is committing genocide and apartheid.