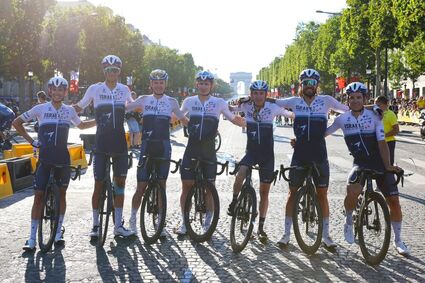 (JNS) - When Belgian professional road and cyclo-cross racer Wout van Aert took the 21st and final stage of the Tour de France and Slovenian cyclist Tadej Pogačar won the overall 2021 Tour de France on Sunday, there weren't many Israeli riders in sight. Even without Israeli riders winning the race, this year's Tour de France was an unprecedented victory for the Jewish state.