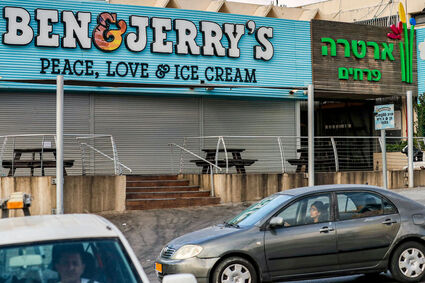 Motorists drive past a closed Ben & Jerry's ice-cream shop in the Israeli city of Yavne, south of Tel Aviv, July 23, 2021.

(JTA) - It has been a question insiders have posed all week: Could Ben & Jerry's decision to stop selling its ice cream in the West Bank trigger many or all of the laws that U.S. states have passed in recent years to hurt the Israel boycott movement?

Well, five states are already looking into it.

Officials in Florida, Texas, New York, New Jersey and Illinois are reviewing whether the move will require divestment from Ben & Jerry's parent company Unilever under their various state laws.

There are 34 states in total that require their governments to stop doing business with companies...