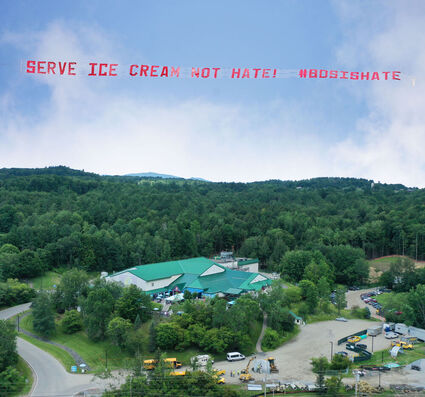 (BURLINGTON, VT) - The Israeli-American Council flew a banner over Ben & Jerry's factory and global headquarters in South Burlington, VT, reading "Serve Ice Cream, Not Hate," the social media hashtag #BDSisHATE, and the American and Israeli flags as part of a campaign the IAC launched today demanding Ben & Jerry's stop their boycott of part of the Israeli population

The flyover this past Friday kicked off a global advocacy effort that also features a social media campaign urging people to call on Ben & Jerry's and its parent company, Unilever, not to align with the BDS hate m...