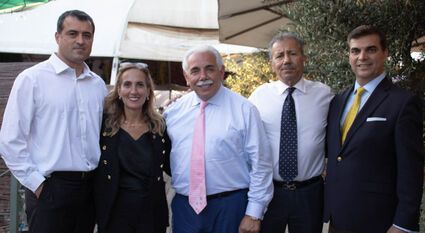 (JNS) - It was billed as the first Iranian delegation to Israel since the fall of the Shah 42 years earlier. Six Iranian Muslim dissidents, forced to leave their homeland decades ago and who made their way to the United States, came on a three-day solidarity mission last week to show support for the Jewish state following the May clash between Israel and Palestinian terror groups in the Gaza Strip - namely, Hamas and Palestinian Islamic Jihad - that have long been backed by Iran.