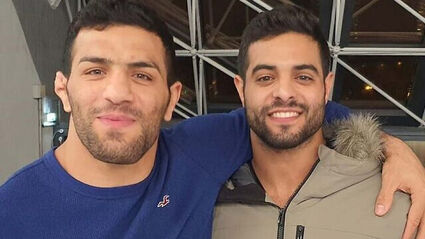 (JNS) - Iranian defector Saeid Mollaei, who now represents Mongolia, dedicated his silver medal to the State of Israel after the match on Tuesday at the Tokyo Olympics.

"This medal is also dedicated to Israel, and I hope Israelis are happy with this achievement," said Mollaei, according to Israel's Kan news.

Earlier this year, Mollaei competed in the Tel Aviv Grand Slam, winning a silver medal for Mongolia. He was warmly received by the Israel Judo Association and its president, Moshe Ponte.

The International Judo Federation suspended Iran for four years in May (backdated to start in...