Pam Kancher to step down 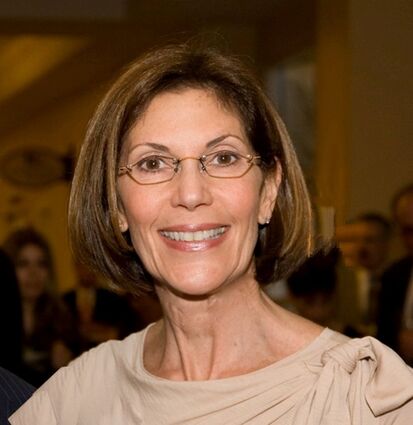 Submitted on behalf of the Holocaust Center's Board Officers

The Holocaust Memorial Resource & Education Center of Florida announced on Aug. 12, 2021, that Executive Director Pam Kancher, who has led the organization since 2006, will be stepping down at year-end. Kancher is credited with building the Center's reputation for innovative programming, convening inspired partnerships and community collaborations, as well as nearly tripling the Holocaust Center's budget, and more than doubling the staff size.

A chief executive officer search committee has been formed, with plans to engage an executive search firm to lead a national effort to find a CEO with experience in building, curating, and opening institutions similar in size and scope of the new museum.

"Because of Pam's leadership, we are now in a position to recruit a CEO who will bring our vision for the Holocaust Museum for Hope & Humanity to Downtown Orlando. Without Pam's tireless efforts, we would not be at this important moment in our history. Our entire board is grateful to Pam for her dedication and help in this transition," Hicks Feinberg stated.

Kancher's achievements include the development of the Holocaust Center's highly respected UpStanders: Stand Up To Bullying initiative which has empowered nearly 40,000 students to positively influence their school's culture and led to its first major partnership with the City of Orlando-Stand Up Orlando. She also led the community commemoration of the 75th anniversary of Kristallnacht, and facilitated the community's celebration of the 50th anniversary of the Civil Rights Act.

"Thanks to Pam's wisdom, hard work and passion for its mission, The Holocaust Center has become one of the most important educational and cultural organizations in our region," said Orlando Mayor Buddy Dyer. "Orlando is a city built on diversity and inclusion and welcoming our neighbors from around the world, and the Holocaust Center has played a critical role in fostering that culture. I especially appreciated our collaborations that have laid the groundwork for the new museum in the heart of Downtown Orlando."

While Kancher served as executive director, the Holocaust Center conceptualized The Holocaust Museum for Hope & Humanity, a 40,000 square-foot, world-class museum that will serve not only as a destination in Central Florida, but as a place of learning open to the region's more than 75 million yearly visitors from around the globe. Key to this effort was her work with the City of Orlando to secure funding from Orange County as well as the former Orlando Chamber of Commerce property, which will be the site of the museum's future home in downtown Orlando.

"I'm incredibly proud of how far the Holocaust Center has grown under my tenure and built on the legacy that our founder, Tess Wise, established. There is a strong foundation for the work ahead and I look forward to helping during the transition. I am especially pleased about our positive impact on the Greater Orlando community," said Kancher.  "As the Holocaust Center builds and opens a new world-class museum the educational mission will continue and expand to help educate future generations to remember the past to protect our future."

The Holocaust Museum for Hope & Humanity will be the first museum designed from the ground up around the stories of survivors, as well as the first museum-wide partnership with USC Shoah Foundation, a world-renowned institution established during the filming of Schindler's List to permanently preserve the testimonies of more than 50,000 survivors of the Holocaust and other genocides for educational purposes.

"We have a unique opportunity to recruit a CEO of national stature during this pinnacle moment for the Holocaust Center - to search for and hire a CEO with proven, hands-on museum experience," said Hicks Feinberg. "Filling this new position will be critical to our success as we look to finalize designs and energize our fundraising, with the goal of building a world-class museum."