Could this real-life Nazi salute incident have inspired Netflix's 'The Chair'? 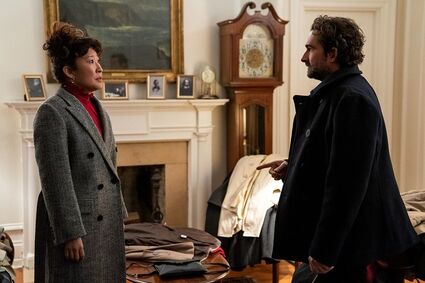 Sandra Oh and Jay Duplass in "The Chair."

This article originally appeared on Alma. Light spoilers ahead for "The Chair."

"The Chair," Netflix's new six-part dramedy set in the English department of a fictional Ivy League school, is about a lot of things: existing as a woman of color in academia, workplace sexual tension, parenthood, grief, Sandra Oh's incredible double-breasted jackets.

It's also about a casual Nazi salute - if there is such a thing - which occurs during the first episode and reverberates throughout the rest of the series.

That moment, replayed and refracted, becomes a way for the show's writers to explore cancel...