Manchester's revamped Jewish museum celebrates the community that left it behind 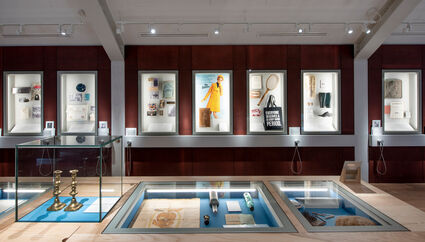 The permanent display at the Manchester Jewish Museum in England celebrates the blue-collar roots of the community, when many of its members worked in steel and textile.

(JTA) - Even before its $8.35 million renovation, the Manchester Jewish Museum was a remarkably eye-catching institution.

Housed in a former synagogue on a busy road in an industrial part of northern England's largest city, it stood out from the car washes, supermarkets and hardware stores of Cheetham Hill Road thanks to its red-brick facade. The look marries Victorian architecture and the Moorish style favored by the members of the Portuguese-Spanish Sephardic Jewish community that built it in 1874.

As it expanded and gentrified, the Jewish community of Manchester – a diverse group with...