Larry Harlow was Jewish, not Latino - but 'El Judio Maravilloso' changed the world of Latin music 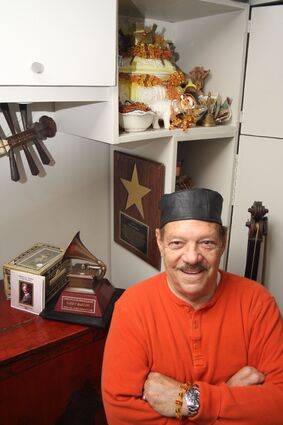 Larry Harlow in his apartment in 2010.

(JTA) - Fania Records, often called the "Motown of Latin Music," announced the passing of Larry Harlow on social media last week. Once the record label broke the news on Aug. 20, a who's who of Latin music offered tributes.

"Larry's contributions to what today is known as salsa are immense,"  seven-time Grammy nominee Bobby Sanabria wrote on Facebook. "A true part of NYC's history has been lost [...] to our Latino community and it is heartfelt."

But Harlow, whose paternal grandfather was the theater critic for The Jewish Daily Forward, was neither Latino, nor did he have Latin Americ...