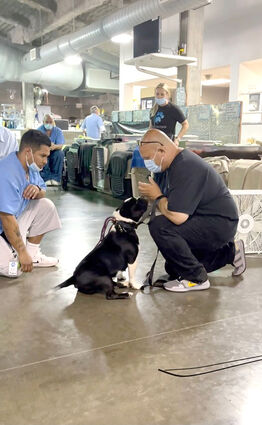 VACAVILLE, Calif. (JTA) – Soon after Jon Grobman was released from prison, where he had once thought he would die, he headed back inside voluntarily - this time with canine sidekicks.

Grobman was returning as the newest hire of a nonprofit group, Paws for Life K9 Rescue, that had been instrumental in his own long and difficult road to redemption.

He won't easily forget the words of the judge who sentenced him to life without parole. "If I felt that you had any promise to ever amount to anything in your life, I wouldn't give you this sentence," Grobman recalled the judge saying.