Jewish History in Film: Poland's broken Jewish past in 'The Hourglass Sanatorium' 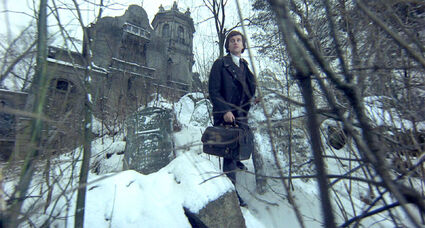 Jan Nowicki as he approaches the Sanatorium.

'Sanatorium pod klepsydra' ('The Hourglass Sanatorium'), directed by Wojciech Has and starring Jan Nowicki and Tadeusz Kondra, is one of the most imaginative films to come out of the 1970s. It is both an adaptation and an "anti" adaptation of the Polish Jewish author Bruno Schulz' short story collections, 'The Street of Crocodiles (1934)' and 'Sanatorium Under the Sign of the Hourglass (1937)'. Although most of the dialogue is ripped directly from the page, it is arranged in a way that is both unique to director Has' sensibilities and a true celebration of Schulz' life and prose. The film p...