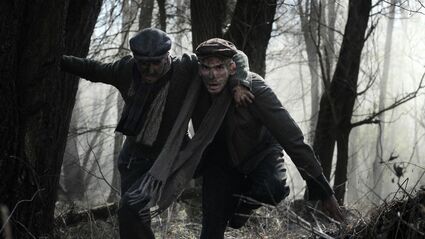 Two Auschwitz prisoners escape in a scene from "The Auschwitz Report."

(JTA) - Were it not for Rudolph Vrba and Alfréd Wexler, would the world today know the true extent of the mass murder the Nazis inflicted during the Holocaust?

The two men, both Slovak Jews who escaped from Auschwitz, secretly recorded fastidious notes about details of the death camp unknown to the outside world. These included schematics of the gas chambers, the Nazis' use of the deadly chemical Zyklon-B, the number of prisoners being brought in to their deaths every day and the planned construction of a new rail line for deporting Hungarian Jews directly to the camp. The information th...