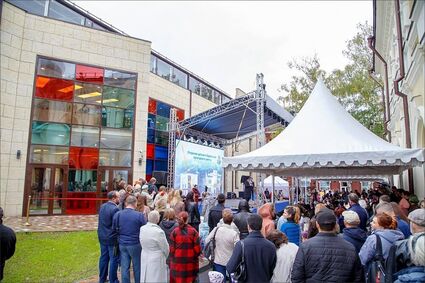 (JTA) - A century ago, communists shuttered the synagogues of Tomsk, one of the oldest cities in Siberia.

It was a painful blow, especially to the local community of Jewish Cantonists - former soldiers who had been recruited against their will or abducted into the Russian Tsar's army and forbidden from practicing their faith. After many years of forced service and persecution, many of them returned to Judaism in Tomsk, a city of about 500,000.

This week, local Jews feel a circle has been completed, as the city opened a Jewish education center, the largest currently in Siberia - the area of...