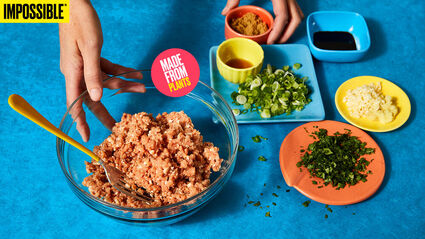 (JTA) - Impossible Foods, the plant-based meat company, is releasing a long-awaited new product - but unlike the wildly popular Impossible Burger, it won't be certified kosher.

The largest and most influential certifier of kosher products in the world has declined to endorse Impossible Pork, even though nothing about its ingredients or preparation conflicts with Jewish dietary laws.

"The Impossible Pork, we didn't give an 'OU' to it, not because it wasn't kosher per se," said Rabbi Menachem Genack, the CEO of the Orthodox Union's kosher division. "It may indeed be completely in terms of its...