As Jon Stewart returns to TV, here's a look back at his most Jewish moments 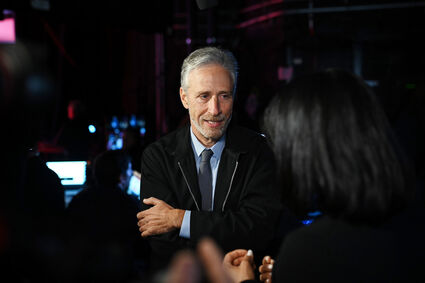 (JTA) - After a hiatus of more than six years that followed his departure from "The Daily Show," Jon Stewart returned to regular series TV on Thursday night with "The Problem with Jon Stewart." Debuting on Apple TV+, it's a new talk show that will feature in-depth discussion of different political issues, with new episodes debuting every two weeks.

The 58-year-old Stewart, of course, is Jewish, and has frequently referenced Judaism throughout his comedy career, including before, during and after his time on "The Daily Show." Odds are he will be cracking Jewish jokes again on his new show.