For NBA's Deni Avdija, year two means easing back from injuries and into game mode 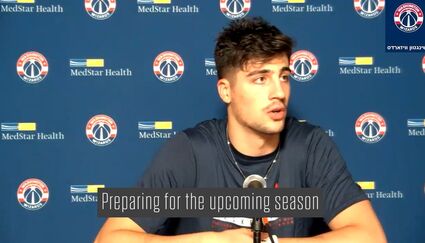 (JNS) Basketball player Deni Avdija was the talk of the town in Israeli and Jewish circles last season. The 19-year-old Israeli was drafted No. 9 in the first round of the NBA draft by the Washington Wizards and was off to a fairly impressive start until he fractured his right ankle on April 21 during a game against the Golden State Warriors.

Avdija, now 20, has been recovering and rehabilitating, and is cleared to return for his second year in the NBA. He will play on the same Wizards team, though there will be two significant changes. Coach Scott Brooks, with whom Avdija had good relatio...