The Alfred Dreyfus affair has a museum devoted to it 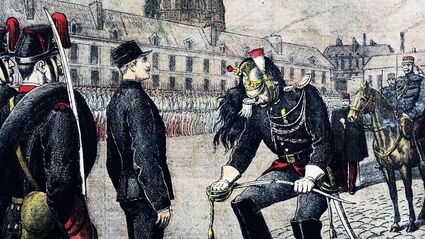 (JTA) - French President Emmanuel Macron has inaugurated near Paris what is believed to be the world's first museum on the wrongful and antisemitic persecution of the late army captain Alfred Dreyfus.

The new museum, inaugurated on Tuesday in the suburb of Médan, features at least 500 documents including photographs, court papers and personal objects from the 8-year ordeal that ended in 1906 with Dreyfus' exoneration from trumped-up espionage charges and convictions. Some of the documents are displayed on walls in the main space of the Dreyfus museum, hanging against giant text naming conc...