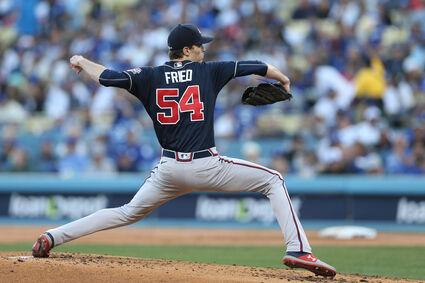 Max Fried pitches during Game 5 of the NLCS between the Atlanta Braves and the Los Angeles Dodgers at Dodgers Stadium, Oct. 21, 2021.

(JTA) - The World Series just ended with the Atlanta Braves winning four to two against the Houston Astros, and there were more Jewish players in this year's edition than there have been in decades.

(The Astros did not include Jewish backup catcher Garrett Stubbs on their roster. Had Stubbs been added, this would probably be the most Jewis...