One Israel Fund announces new president of its board of trustees 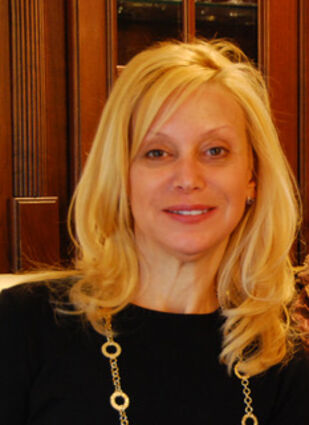 Cedarhurst, New York - One Israel Fund, the premier organization in the United States providing humanitarian support and essential needs for the residents of Judea and Samaria, is delighted to announce the appointment of Jacqueline L. Herman of Englewood, NJ as its new president of the board of trustees. Mrs. Herman has been a dedicated member of the organization's board of trustees for many years, and has worked tirelessly to raise funds for a variety of the organization's important projects providing for the safety, security and well-being of the residents of Judea and Samaria.

Herman's tenure as the president of the board of trustees, which started in October, coincides with the organization's former president's appointment as Trustee at Large. Jonathan L. Sherman, the organization's former president of its board of trustees, presided over the organization's growth over the last several years and raised much needed resources for its community, security, medical, educational, and recreational programming. Under Jonathan's leadership, the organization also began construction of the Binyamin Medical Center, a primary urgent care and general medical center serving the medical needs of the 128,000 residents of the Binyamin region, the largest regional council in Israel.

One Israel Fund Executive Vice President Scott M. Feltman said, "One Israel Fund is appreciative to Jonathan for his leadership over these last several years and for the tireless devotion he invested in our organization's continued development. I am grateful that Jonathan will be remaining as a valued member of the trustees so we will all benefit from his leadership for many years to come."

Feltman went on to say "Jacqui has been an outstanding member of our board of trustees constantly seeking out opportunities to help enhance our organization's programming and fundraising infrastructure. She has been a pleasure to work with all these years as a trustee; and we are truly honored to officially have her serving as our new president. Everyone is very excited to work with her in building this organization to even higher heights."

"I am extremely excited about this new chapter in my service to One Israel Fund, an organization I feel incredibly proud to have been a part of for so many years", explained Jacqueline. She continued, "Theorganization's mission is one my family and I consider to be of vital importance and I look forward to working with Scott, his staff and our wonderful board of trustees and board of directors to continue providing for the essential needs of the residents of Judea and Samaria."

Since its inception in 1994, One Israel Fund has remained committed to the safety and wellbeing of the nearly 500,000 residents of Judea and Samaria - our Biblical Heartland. As the premier organization supporting these regions, One Israel Fund works tirelessly to facilitate, on average, over 200 unique projects annually, filling gaps in medical, educational, recreational, preventative security and all other forms of communal and social welfare. By working in tandem with community and regional leadership as well as government officials, One Israel Fund enables Jewish life to flourish in all areas of our Biblical Heartland.