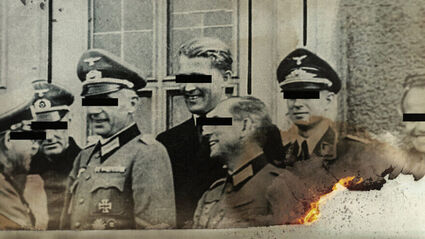 (JNS) - It was basically the complete opposite of what they expected.

A group of German Jews who fled Hitler and Nazi Germany, and who signed up to be American soldiers, wanted to exact revenge. Instead, they were told to be nice to the Nazis, play sports with them and keep them happy.

Arno Mayer thought he was on the side that was gonna "beat the s**t out the Germans," he explains in the newly released Netflix documentary "Camp Confidential: America's Secret Nazis."

Peter Weiss also expected to do battle, but instead was asked to speak German, and when it was clear he could do it fluently...