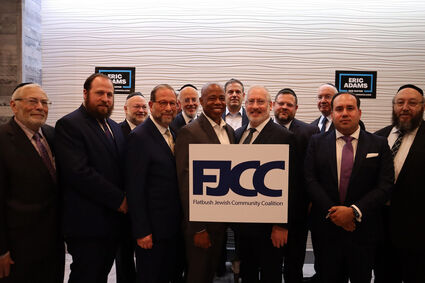 (JNS) Addressing supporters with a "heart filled with hope purpose and love for this city," Eric Adams accepted his win as New York City's mayor-elect with a nod to strong support from the Orthodox Jewish community, especially in Brooklyn, N.Y.

Adams, a Democrat, received 66.5 percent of the vote to Republican Curtis Sliwa, 67, founder of the Guardian Angels, who won 28.8 percent with nearly 78 percent of precincts reporting as of Wednesday afternoon.

In the district that includes the Crown Heights neighborhood-home to the Chabad-Lubavitch movement - Adams, 61, trounced his opponent, receiv...