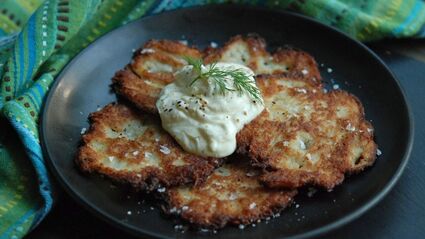 These potato latkes are so good that posting the recipe alone is a mitzvah of the highest order. The Festival of Lights refers to a lamp in the temple that was supposed to have only enough oil to last the Maccabees one night, but instead lasted for eight. The holiday celebrates the miracle of the oil, so fried foods are often featured at Hanukkah feasts. Problem is, most potato pancakes, or latkes, are awful. Luckily for you, these are amazing.