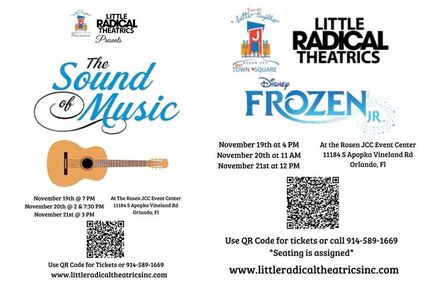 Little Radical Theatrics is originally based in Yonkers, N.Y. and now based in Orlando. They are known for their all-ages community theater productions.

Little Radicals are partnering with the Rosen JCC: Your Town Square to present “The Sound of Music” and Disney’s “Frozen JR.” The performances will include evenings and matinees Nov. 19th – 21st.

“The Sound of Music” performances will be:

Disney’s “Frozen JR.” will be shown:

The actors have been w...