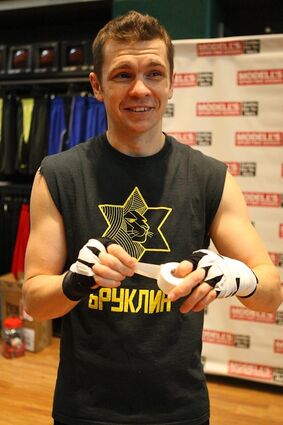 (New York Jewish Week via JTA) - Yuri Foreman's professional peak as a boxer arguably came 11 years ago, when he faced off against Miguel Cotto in a marquee boxing match at Yankee Stadium.

The match, dubbed the "Stadium Slugfest," was a super welterweight title fight that had been promoted on huge posters at subway stops around the city. Foreman was a world champion who had won his belt the year prior. Cotto was one of the best boxers in the world, and won the fight by technical knockout in the ninth round.

For most boxers, it would have been a tough break. Luckily, Foreman had a backup...