Jews were the creative forces behind 'West Side Story' decades ago and today. Should they be? 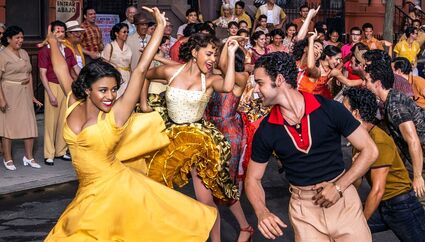 Ariana DeBose as Anita and David Alvarez as Bernardo in "West Side Story" (2021).

(JTA) - In 1955, theater director Jerome Robbins approached writer Arthur Laurents and composer Leonard Bernstein with a new idea for a Broadway musical: a contemporary retelling of "Romeo and Juliet," set among warring gangs of Jews and Catholics on New York City's Lower East Side.

It would be called "East Side Story," and it would take place at the turn of the 20th century during the holidays of Easter and Passover.

But something wasn't working. The writers wondered if all they were doing was adding music to "Abie's Irish Rose," an early-20th-century play about an Irish Catholic girl...