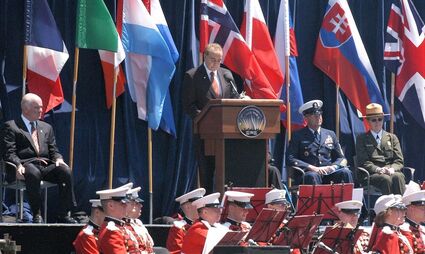 Dole's death was announced by the Elizabeth Dole Foundation on Sunday morning, saying that Dole died in his sleep after it became known early this year that he had stage IV lung cancer.

His passing was met with words of respect from a bipartisan swath of the Jewish community.

Dole was the recipient of the Jewish Federations of North America's 2020 Lifetime Achievement Award, recognized for his bipartisan work on the Americans with Disabilities Act during a...