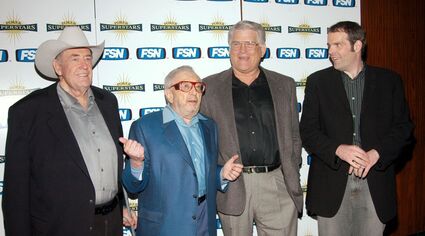 Henry Orenstein, second from left, at the launch of the Poker Superstars Invitational Tournament in 2004.

(JTA) - Henry Orenstein, a Holocaust survivor who went on to invent the Transformers toys and became a major donor to Jewish and Israeli causes, died Tuesday, Dec. 14, 2021, at the age of 98.

Orenstein became a best-selling toy maker with his Transformers line, which he first created in the early 1980s. He followed up on that success with numerous other inventions and over 100 patents before eventually becoming a star poker player and being inducted into the Poker Hall of Fame in 2008.

Born in Poland to a Jewish family in 1923, Orenstein managed to survive the war due to a gamble he made in...