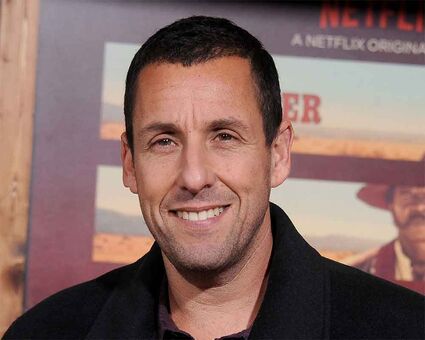 ADAM SANDLER is a talented actor-comedian who has starred on television and in many movies. He, of course, is Jewish and born in Brooklyn like me! His ancestry is Russian like me! At the age of 6, he and his family moved to Manchester, New Hampshire, where he grew up. (Not like me.)

As a teenager, Adam attended the Jewish youth group BBYO. He graduated from New York University's Tisch School of the Arts in Manhattan.

Of course, he became famous as a member of the Saturday Night Live comedians. (That's where I first saw him and became a fan!)