Chile's next president, Gabriel Boric, has spurned ties with Chilean Jews over Israel 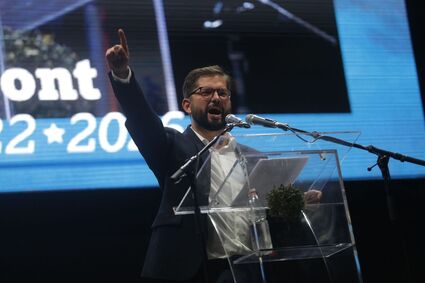 Chilean president-elect Gabriel Boric gives a speech during in Santiago, Chile on Dec. 19, 2021.

( JTA ) - Gabriel Boric, a 35-year-old left-wing lawmaker who has been sharply critical of Israel and Chilean Jews who support it, was elected president of Chile in a landslide victory this weekend.

Boric, who came to fame as a student leader, won with 56 percent of the vote, 12 points over his conservative rival, José Antonio Kast, a right-wing pro-Israel politician.

The election left many Chilean Jews feeling uneasy because they had to choose between Boric, who has encouraged Chilean Jews to lobby for Israeli territorial concessions, and Kast, a right-wing pro-Israel politician whose fat...