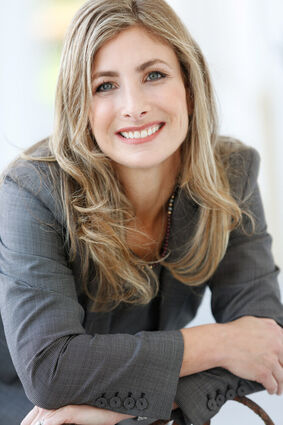 The Jewish Pavilion has added a new marketing director, office manager and receptionist to its organization.

Lovejoy is a marketing professional specializing in sales, fundraising and philanthropy. In her free time, she serves on the Wishmaker's Ball Gala Committee, the annual primary fundraising event for Make-A-Wish of Central Florida. Lovejoy also dedicates her time to her son's Boy Scout Troop 148 as the re-charter representative, fundraising coordinator, and Membership chair. Lovejoy completed the Winter Park Chamber of Commerce Re-Launch program in 2020. In 2021, she graduated from the Florida Campaign School and Community Leadership program. She resides in Belle Isle and is the proud mother of three children and wife to Dr. John Lovejoy.

Office manager Nikki Namdar is a first-generation Iranian-American Jew. Her father and his parents left Iran to escape the risk of Jewish persecution during the revolution in the late '70s and early '80s. She cares deeply about sharing the stories of her Mizrahi culture, as she understands what a blessing it is to be here to share them. After the death of her father in October 2021, she wanted to be more in touch with her faith, which is what brought her to the Jewish Pavilion. She is looking forward to being more involved in her religion, participating in the fulfilling mission to seniors, and helping the organization advance.

Although she is originally from New York, Namdar has a deep love and invested interest in her current city. She attended the JCC, as well as the Hebrew Day School at Temple Israel. While completing a degree in Creative Writing and a Public and Professional Writing Certificate, she launched @OrlandoVegans in an effort to build the vegan community in Central Florida. Working with local and corporate brands, Namdar has produced content and developed successful strategies that have helped put Orlando on the global map as a leading city for ethical living. Passionate about her career and education, Namdar is currently a 2022 MBA candidate at UCF, her alma mater. 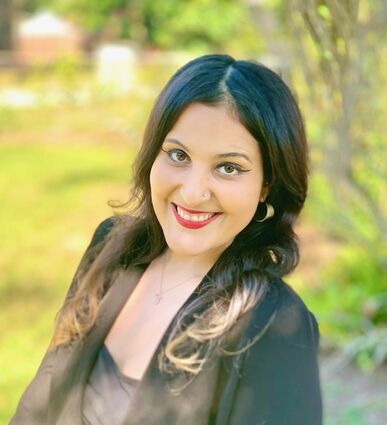 Greeting visitors to the Jewish Pavilion, or answering the phones is the new receptionist Alexandra (Alex) Lehrer. She and her husband, Joe, recently moved to Central Florida from South Florida. Lehrer was born and raised in the former Soviet Union. In the early '80s, she, her mother, and grandparents immigrated to Israel, where she resided for one year. Lehrer knew very little about Jewish culture, values, and religion as a whole. While living in Israel, Alex embraced the opportunity to learn Hebrew and the core values of Judaism. Also, while in Israel, she met Joe, a native New Yorker. They got married in the United States, started a family, and raised two daughters who are now married and have families of their own. Lehrer is very active in the Jewish community and excited about being a part of the Jewish Pavilion. She loves working with seniors and helping them stay connected to Jewish life and its traditions.