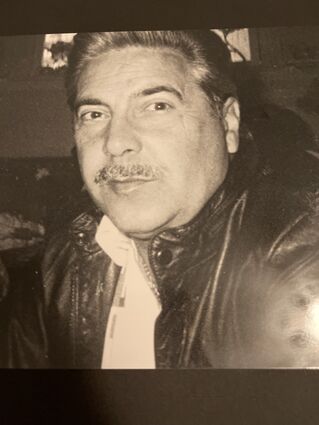 Jeffrey J.Halperin was born in Brooklyn, N.Y., Aug. 19,1942, and died on Dec. 17, 2021. He was pre-deceased by his parents, Bernard and Ruth Halperin and a sister, Diane Halperin Brown. Jeff leaves his loving wife of 45 years, Eleanor (Ellie) Halperin and three children - daughters Jessica J. Recksiedler, Janis L. Mauer and son, Jeffrey S. Livson; along with four grandchildren - Vaughn and Cole Mauer and Jaclyn and Julianna Recksiedler. He also leaves a sister, Gail Vogler from Pittsburgh, and a brother, Dr. Keith Halperin from Seattle.

Jeff was one of the first presidents of Congregation Beth Am in the 1980s. In his lifetime, he did many things: selling insurance , then selling mens clothing, and then owning Tri Gold N Pawn in Winter Park for over 10 years.

After closing the store, Jeff went back to selling insurance at Connections in Orlando until retirement when he began to write. He published a trilogy murder series, a sales training manual, an inspirational self help book, another novel and a wonderful book of poetry, some of which he started writing while serving in the Army in the 1960s. Jeff was a very loving and caring man whose family meant the world to him. His grandchildren called him papa but he was also known as "Papa J" by many. He was the best husband, father and friend anyone could ever have and he will be missed by many. Funeral services were held at Baldwin Fairchild Goldenrod Chapel and then graveside at The Garden of Exodus at Glenhaven Cemetery and officiated by Rabbi Merrill Shapiro of Palm Coast, Fla. In Jeffrey Halperin's memory, donations can be made to your favorite charity.