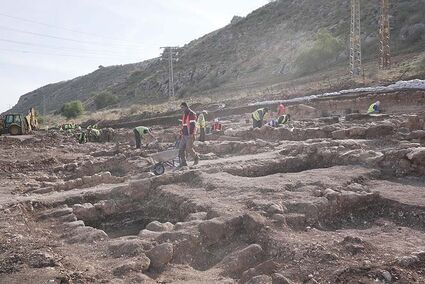 The remains of a 2,000-year-old synagogue in Migdal in northern Israel. The synagogue is the second found in Migdal, which was a large Jewish community during the Second Temple era.

(Israel Hayom via JNS) - A synagogue dating back some 2,000 years has been excavated at Migdal in northern Israel, a modern town and the site of a significant Jewish community in the Second Temple era.

This is the second synagogue excavated in Migdal and the first time archeologists have found evidence of two synagogues coexisting in a Jewish community at a time when the Second Temple was still in use.

Like many archeological discoveries in Israel, the second synagogue at Migdal resurfaced due to infrastructure work. In this case, a salvage excavation ahead of the widening of a nearby highw...