Highlights from more than a century of Israeli historical footage 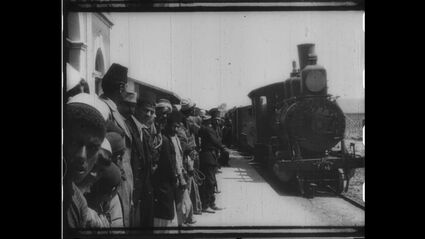 Footage from the Lumière brothers, capturing a train pulling into Jaffa station in 1896, is accessible on the Israel Film Archive website.

TEL AVIV (JTA) – For years, only those with special permission could visit the climate-controlled repositories of the Jerusalem Cinematheque to see the moving pictures held in the Israel Film Archive. But following a massive digitization effort, anyone with an internet connection can now watch the footage.

"We're at the fun part where we can share this treasure with the public," says Noa Regev, director of the Jerusalem Cinematheque. Following a $10 million project that began in 2015 to preserve, restore and digitize its audiovisual collection, the archive can now be streamed via a webs...