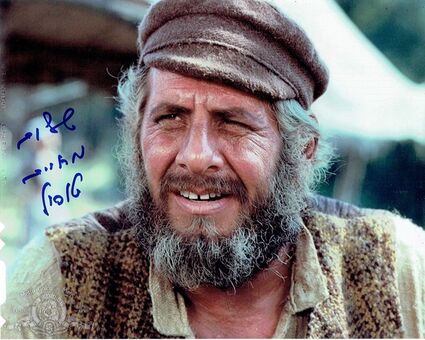 Don't forget... I write this column almost two weeks in advance of your reading it. So... it is January 1st and I just watched "Fiddler On The Roof" for the third time. It was featured on television and that's what I do most of my spare time, watch television!

Watching "Fiddler On The Roof" it told the story of why the Jews had to flee their homes. Of course I'm happy to be born in the USA but what my ancestors went through was a nightmare. I am heartsick!

The star of "Fiddler On The Roof" was TOPOL, an Israeli actor who I fell in love with, although I honestly never saw him in another movie.

His name is actually CHAIM TOPOL. He is about 86 years old now. (I always think of him as Tevye, the role he played in the movie.) He is an Israeli (born in Tel Aviv) and a twice- times Golden Globe winner. He also received nominations for Best Actor twice in his career. He was also awarded the Israel prize for lifetime achievement.

(Unfortunately, antisemitism is rising up again in Europe and even here in the States. Will we ever have peace?)

Who on earth am I referring to?

YOU GUESSED IT! BETTE MIDLER!

"The Divine Miss M" (as she sometimes is known) was born in Honolulu, Hawaii. Hers was one of only a very few Jewish families in an otherwise Asian neighborhood. I just adore her, especially when she plays comedic roles!

How about that DUSTIN HOFFMAN?...

I first noticed him in "The Graduate" and have enjoyed his work ever since. And how about his portrayal as "Tootsie" in the movie of that same name? Wow! I fell in love ... really! (Especially that he is older than me!) And, of course, he is Jewish!

"During the Coronavirus pandemic an anti-establishment movement has gained momentum across Europe, initially stemming from the concerns of some civilians regarding COVID-19 social distancing requirements. Far right groups and individuals gained prominence amidst the movement and spread anti-Semitic conspiracy myths and bigotry, according to a recent report by the World Jewish Congress.

Anti-establishment protestors encouraged the public not to trust the government and called for leading politicians to leave office, claiming that they are complicit in the implementation of the supposed New World Order. The movement has grown and gained momentum across Europe, particularly in Germany and Austria. They have also encouraged large-scale violent protests, believing it is an appropriate and moral response to what they consider to be authoritarian rule.

The appeal and popularity of such protests increased drastically as the pandemic progressed, with far-right individuals and organizers seeing the crisis as a once-in-a-lifetime opportunity to capitalize on fear and uncertainty to recruit individuals sympathetic to their cause, the report found. Far-right groups used digital communication platforms to plan and organize activities and share fake news and conspiracy myths, such as claiming that the pandemic was orchestrated to implement the New World Order or that vaccines are a form of population control.

Antisemitism within the movement is strong, with protesters simultaneously blaming Jews for the negative effects of the pandemic and comparing themselves with members of the resistance during the Third Reich or claiming that their rights are being curtailed and they are being treated much the same as Jews were treated during the Nazi regime.

Supporters of the movement have often trivialized the Holocaust, including by wearing yellow stars marked with the label "unvaccinated" and arguing that "the old enemy was the Jew, the new enemy is the virus." or" once people were accused for not doing the Hitler salute, today they are criticized for not wearing the mask properly.

In November 2020, the WJC published two reports finding that harmful conspiracy myths targeting Jews have become increasingly widespread online, and that the once United States-centric QAnon movement has begun to take hold across Europe since the start of the COVID-19 pandemic. The reports, 'Anti-Semitic Conspiracy Myths' and QAnon: A Conspiracy Myth,' explain how misinformation campaigns in relation to the root cause and spread of the coronavirus have flourished on social media, with tech companies struggling to appropriately address the issues.

(When will antisemitism end? Never?)

JCC Seniors on the Go...

According to BARBARA GOLDBERG and Sheri: Here is the lineup for future programs: Jan. 24th - Michael Laderman, director of Public Relations, Orlando Shakes in Partnership with UCF

Feb. 7th - Maitland performance arts will bring us a music duo by Robert and Jon, each first Monday of the month. 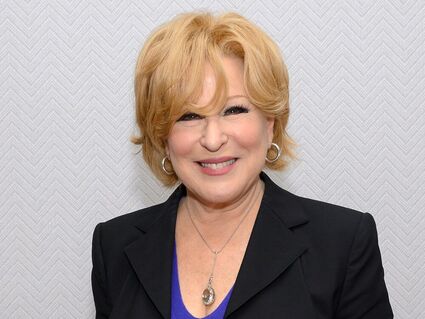 Two members of a congregation have been feuding for years. On Yom Kippur eve, just before the Kol Nidre service, the rabbi brings the two men together in his office.

"You must make peace," he commands. "What is the point of going into synagogue and asking God to forgive you when you can't even forgive your fellow man?"

The men are both moved. They hug and promise that they will not fight anymore.

When services end, one of the men greets the other. "I prayed for you everything that you prayed for me."