The rise and fall and rise again of Gush Etzion 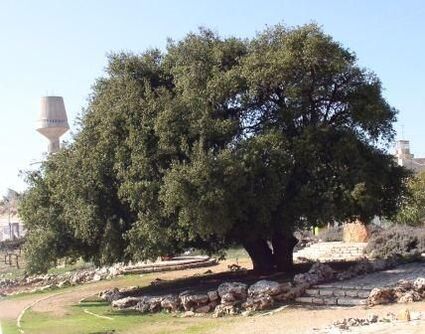 The Lone Tree in Gush Etzion.

In a country whose biblical and modern history are intertwined and covered with dramatic events taking place at locations everywhere, Gush Etzion is among the most significant. Gush Etzion is the Judean mountain region between Jerusalem and Hebron. It sits at elevations between 2500-3000 feet, made extra beautiful by terraced hilltops and a range of crops including vineyards and olive trees, and ancient paths that were the biblical highways, which pilgrims and traders would transverse in religious pilgrimages and for trade. I like to refer to it as the original Bible Belt.