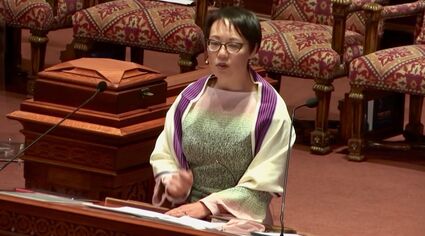 In a Friday night sermon on Jan. 21, 2022, Rabbi Angela Buchdahl of Manhattan's Central Synagogue spoke about her experience being contacted by the gunman who took Jews hostage at a synagogue in Texas a week earlier.

(JTA) - The New York City rabbi who spoke twice to the man who held Jews hostage in their Texas synagogue last week detailed the experience in a sermon Friday night.

Rabbi Angela Buchdahl of Central Synagogue also outlined her anxiety as an American Jew and exhorted her congregants to heed a prayer that the Reform movement has made part of its liturgy on Tisha B'Av, the Jewish day mourning the destruction of the ancient Temple in Jerusalem and other traumatic events in Jewish history: "Blessed are you, Adonai, who makes us captives of hope."

Buchdahl had previously acknowledged being contac...