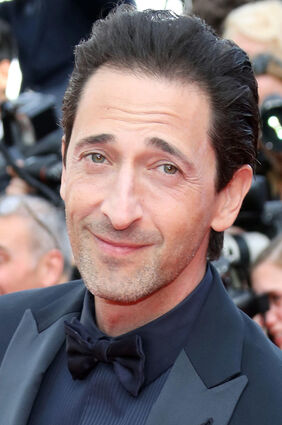 For instance, while watching the STEPHEN COLBERT television show recently, his guest was actor ADRIEN BRODY.

I first saw Adrien in the movie "The Pianist" and I fell in love with him and his rare talent. He won an Academy Award for that performance as Best Actor. Of course he has appeared and acted in other movies but "The Pianist" stood out for me.

Of course, Adrien Brody is Jewish, the son of a Polish-Jewish man and a mother who was half Catholic from her dad, and Czech-Jewish from her mother.