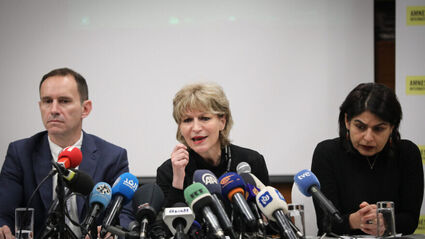 (JNS) - Amnesty International's latest controversial report released on Feb. 1 during a press conference in Jerusalem, this time accusing Israel of apartheid, has come under fierce condemnation from the Israeli government and Jewish groups around the world as being "anti-Semitic." The Biden administration rejected it as "absurd." Some U.S. lawmakers denounced it as "rooted in historic prejudices and false narratives." But Amnesty has doubled down on its accusation, claiming any argument to the contrary is simply an obfuscation of the facts.

Avi Bell, a professor at the University of...