Israel freezes plans to connect Jerusalem to Ma'ale Adumim due to US, Meretz pressure 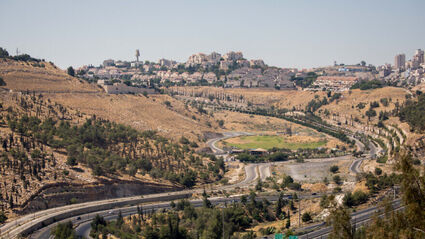 (Israel Hayom via JNS) - Israeli Defense Minister Benny Gantz and Prime Minister Naftali Bennett have ordered the Civil Administration in Judea and Samaria's supreme planning council to halt discussions on the authorization of construction to connect Ma'ale Adumim to Jerusalem in the E-1 corridor.

Construction had been planned for some 3,000 acres of largely government-owned land and was to include some 3,500 housing units.

The committee began to discuss the plan, which had been frozen for years, toward the end of the previous government, under Likud leader Benjamin Netanyahu. Bennett and G...