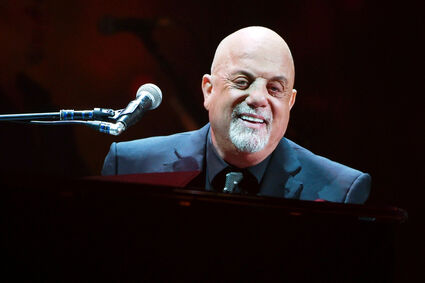 Get ready for this one. It's not to be missed! I'm referring to the BILLY JOEL concert that's coming to Camping World Stadium here in town on Saturday evening, 8 p.m. on March 12. Surely tickets are selling out. Hurry or you will miss it! Phone 407-440-5700 and press 1 for more information.

William Martin Joel (born May 9, 1949) is an American musician, singer-songwriter, and composer. Commonly nicknamed the "Piano Man" after his first major hit and signature song of the same name as well as the similarly named 1973 album, he has led a commercially successful career as a solo artist since the 1970s, having released 12 studio albums from 1971 to 1993 as well as one studio album in 2001.

Born in The Bronx, Joel grew up in Long Island, and both places influenced his music. Growing up, he took piano lessons at his mother's insistence. After dropping out of high school to pursue a musical career, Joel took part in two short-lived bands, The Hassles and Attila, before signing a record deal with Family Productions and kicking off a solo career in 1971 with his first release Cold Spring Harbor.

In 1972, Joel caught the attention of Columbia Records after a live radio performance of the song "Captain Jack" became popular in Philadelphia, prompting him to sign a new record deal with the company and release his second album, Piano Man, in 1973.

After releasing the albums Streetlife Serenade and Turnstiles in 1974 and 1976 respectively, Joel released his critical and commercial breakthrough album, The Stranger, in 1977. This album became Columbia's best-selling release, selling over 10 million copies and spawning several hit singles, including "Just the Way You Are", "Movin' Out (Anthony's Song)", "Only the Good Die Young", and "She's Always a Woman"; another song on this album, "Scenes from an Italian Restaurant," is Joel's favorite of his own songs and has become a staple of his live shows. And, with all that talent, of course he is Jewish!

And who hasn't heard of Neil Diamond? ...

Neil Leslie Diamond (born Jan. 24, 1941) is an American singer-songwriter, musician and occasional actor. He has sold more than 100 million records worldwide, making him one of the best-selling musicians of all time. He has had 10 No. 1 singles on the Hot 100 and Adult Contemporary charts: "Cracklin' Rosie", "Song Sung Blue", "Longfellow Serenade", "I've Been This Way Before", "If You Know What I Mean", "Desirée", "You Don't Bring Me Flowers", "America", "Yesterday's Songs", and "Heartlight". Thirty-eight songs by Diamond have been featured in the Top 10 on the Billboard Adult Contemporary charts. He also played in movies.

In 2019, his 1969 signature song "Sweet Caroline" was selected by the Library of Congress for preservation in the National Recording Registry. And did I mention, he is Jewish?

And another of the best ...

Asa Yoelson was a true treasure. He is long gone but will never be forgotten. (What! You don't recognize the name? Al Jolson, of course.)

Jolson was an American singer, comedian, actor and vaudevillian. He was probably the most famous and highest paid entertainer in the United States during the 1920s.

Born in Lithuania, Jolson died in San Francisco, possibly of exhaustion, after touring and entertaining our troops abroad. He was the star of our country's first talking picture "The Jazz Singer."

He was also the first major star to entertain our troops in World War II and again during the Korean War. (My departed spouse,Irv, fought in Korea and had the pleasure of seeing his performance.) Jolson died shortly after that tour.

He was the son of a rabbi and cantor. Yes, Jewish of course!)

The Jewish Youth Assembly(JYA), a first of its kind opportunity for Jewish high school students around the world, ages 15-18 to connect and discuss challenges facing the Jewish community was recently launched under the auspices of WJC. It is aimed at empowering and hearing the voices of the future generation of Jewish leaders.

The assembly met virtually during two Sundays in February.

"The younger generation, which may already face anti-Semitism today, will be tasked with leading the global Jewish community tomorrow," according to WJC President Ambassador RONALD S. LAUDER. "In creating the Jewish Youth Assembly, WJC is investing in these future leaders and launching essential conversations across continents. Participants will leave the program better informed, better equipped, and better connected to tackle the challenges of the Jewish people."

The Jewish Youth Assembly is one of the most recent initiatives of the WJC's wide ranging suite of future leadership programs, where the WJC identifies, engages, and empowers Jewish leaders from the ages of 15 to 45.

Purim on Ice with the PJ Library and the Jewish Academy of Orlando takes place on Thursday, March 10 at the Amway Center.

Join in for the enjoyment of the Solar Bears game. Purim festivities and fun.

Children under 2 years old are free. Children over 3 years old and adults are $5. For further information, phone the Federation at 407-645-5933.

I heard from BARBARA GOLDBERG, head of the group. Here are upcoming events:

Monday, March 7 - Seniors on the Go Luncheon at noon. You must let me know if you plan to come for lunch, so we can have enough food. This is followed by the Maitland Performance Arts, bringing us the music duo of Robert and Jon. Always an enjoyable afternoon. 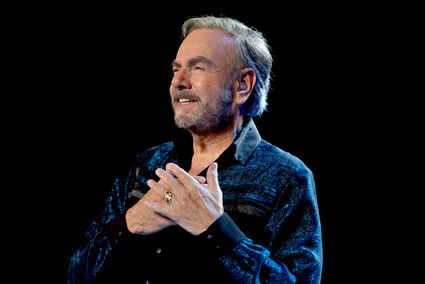 Thursdays, March 10 and 24 - Yiddish Circle and lunch starting at noon. Bring something to share. Any questions, please contact Victor Granastein.

Monday, March 14 - An hour of fun with Bethanne Weisss.

The cost is $18 and includes a free challah, free ice cream and free entertainment!

Sam Meyers had an operation, and Irving Gold, the synagogue secretary, visited him in the hospital.

"I bring you good wishes of our Board of Trustees," he said, "that you should get well and live to be a 120! And that's an official resolution - passed by a vote of 14 to 7."