In 4 years, Zelensky went from Jewish comedian to defender of democracy 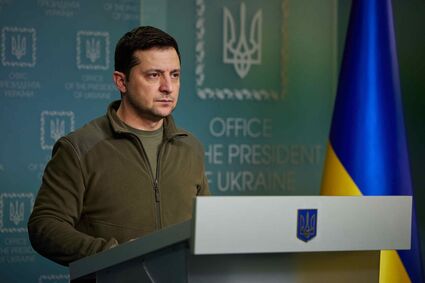 (JTA) - Four years ago, Volodymyr Zelensky was an actor on the humorous Ukrainian TV show "Servant of the People," starring as an unlikely president of the Eastern European country.

Now, he is at the center of the continent's most significant conflict since World War II, framing himself as a possible martyr on the world stage.

"This might be the last time you see me alive," he reportedly told European Union leaders on a call about steps the bloc was considering to try to stop Russia's advances throughout Ukraine.

On Friday, he was equally blunt about his situation as Russian troops attack...