The history of Purim 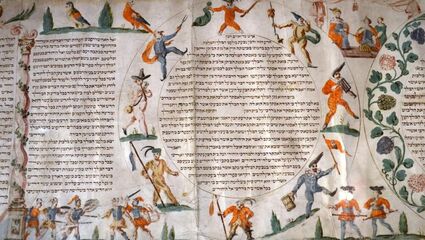 Section of an 18th century scroll of Esther.

According to many modern Bible scholars, the festival of Purim did not have its source in the story told in the Book of Esther. According to Hayyim Schauss, Purim originally appeared among the Persian Jews and was adopted by them from their non-Jewish neighbors. The Jews of Persia observed, along with their neighbors, an annual festival that was celebrated in the middle of the last of the winter months. From the beginning, it had the characteristics of a spring masquerade and was a festival of merriment, play, and pranks. A very popular festival with both Persian and the Babylonian Jewry...