Charles Entenmann wasn't Jewish. - but Jews saw his cakes and cookies as part of the family 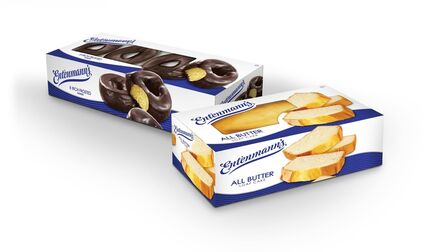 Entenmann's wasn't a "Jewish" brand, but its kosher certification brought it a huge Jewish customer base.

(New York Jewish Week via JTA) - Nothing seemed so Jewish as a box of Entenmann's cake or cookies.

"All of the Jews I know bought Entenmann's," wrote Nancy Kalikow Maxwell, in her 2019 book "Typically Jewish."

The bakery earned a place in Tablet magazine's list of "100 Most Jewish Foods," with an essay by TV producer and foodie Phil Rosenthal singing the praises of their chocolate-covered donuts.

Jodi Luber, who runs a Jewish food site, once wrote that, "When someone opened up an Entenmann's cake, a knife went into the box and didn't come out until the cake had died."