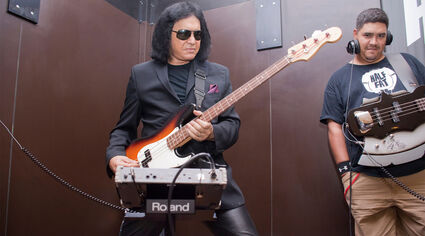 (JTA) - Few Jewish grandfathers are still riding a motorcycle at age 65. Even fewer can boast that they have Alice Cooper's number on speed-dial.

Of course, David Fishof is no ordinary zayde.

The 65-year-old L.A. sports agent and entertainment producer built a storied career promoting such stars as The Monkees and Ringo Starr and NFL greats Phil Simms and Vince Ferragamo.

It's the stuff of any teen fanboy's fantasies, but Fishof insists he's an ordinary guy.

He's also an ordinary guy who helps others live out dreams of their own: Fishof, who...