War in Ukraine could put a crunch on 'shmura' matzah supplies 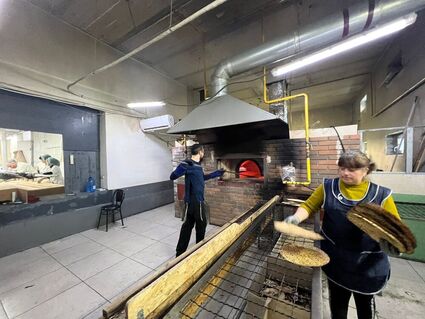 (JTA) — On Feb. 24, two shipping containers laden with 20,000 pounds of shmura matzah were slated to head out of port in Odessa, Ukraine, on their way to Orthodox Jews in the United States.

Two hours before they were to be loaded onto a ship, Russia invaded.

The shipment was the last of 200,000 pounds of unleavened bread that Ukrainian matzah bakeries shipped to the United States this year, in addition to what they ship to Europe and Israel.

Now, technically outside of Ukraine’s customs zone, it could neither be returned to the country nor travel on to the United States.