By Andrew Lapin and Mala Blomquist

Gerda Weissmann Klein was a Holocaust survivor, author, and subject of Oscar-winning film 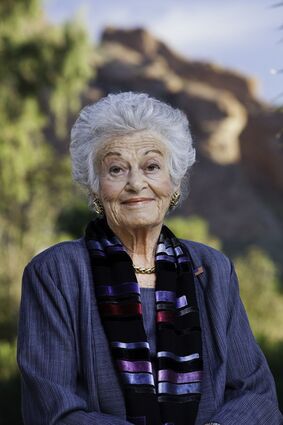 (JTA) - With Allied forces swiftly approaching during the liberation of the concentration camps, Nazis barricaded Gerda Weissmann Klein and other Jewish survivors inside a barn, planting a time bomb outside. A sudden rainstorm disconnected the bomb's wiring, and American forces found the barn and unlocked the door.

Weissmann Klein told the first rescuer she saw that she was Jewish. He responded that he was, too. Then he held the door open for her. A few years later, the two - the survivor and her liberator, U.S. intelligence officer Kurt Klein - were married.

That was how Weissmann Klein...